New data on Volunteering in Australia 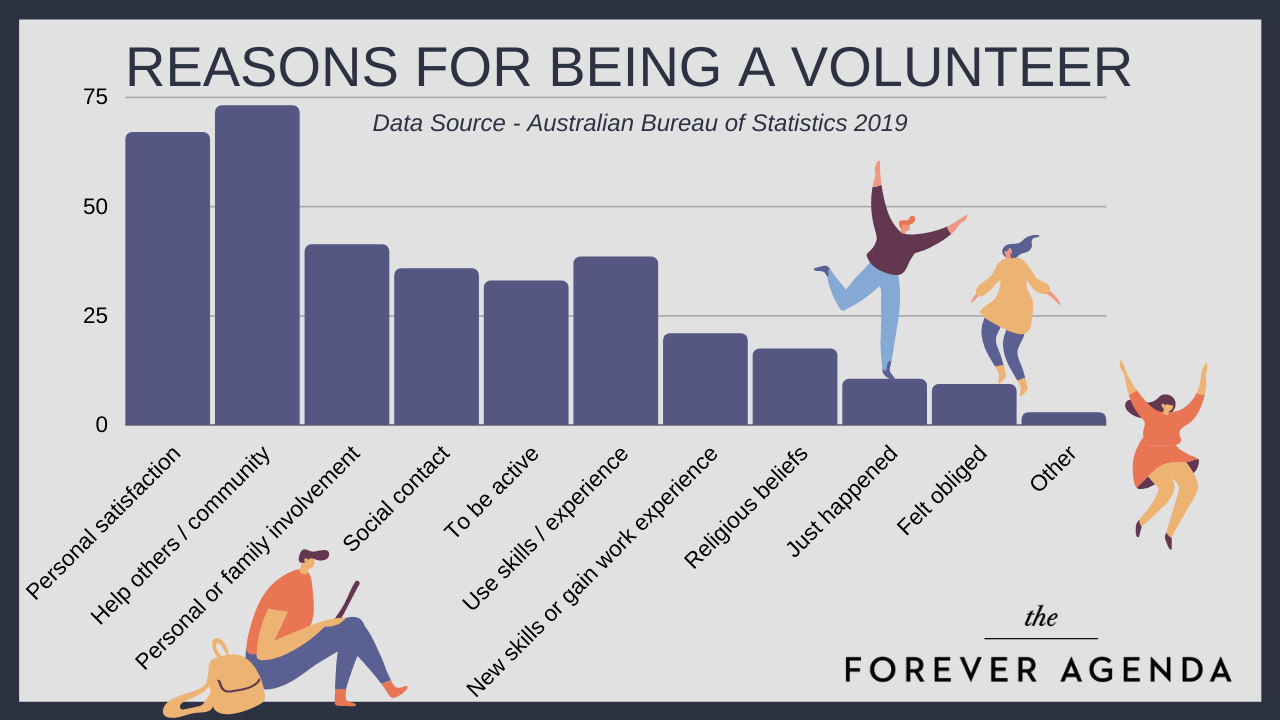 Last week The Australia Bureau of Statistics released data from the General Social Survey completed in 2019.

This data was collected pre Covid and while the impact of what we have experienced this year significant, it is still great to have some updated information around volunteering in Australia, as this has not been updated since the previous census (2016).

The biggest news story here is that overall we have seen a decline in volunteering since 2010, down from 36.2% in 2010 to 28.8% in 2019. A total of 596.2 million hours was contributed, through community organisations, in the 12 months prior to the survey. This is a staggering 20% decrease in total formal volunteering hours since 2014.

The most common types of organisations that people volunteered in were sport and physical recreation (39.1% of volunteers), religious groups (23.3%) and education and training (21.8%). Environment and animal welfare were coupled together and came in at 6%, emergency services at 4.7% and arts and heritage at 5.1%.

There is some interesting insight here from a volunteer recruitment perspective with the survey asking how respondents first came to be involved in unpaid voluntary work. No surprises that the top response was that they knew someone who was involved (50.9%). Referred by a friend or someone you know is the most common method of volunteer recruitment and this stands the test of time. If organisations also incentify these referrals with their existing volunteer base, they will naturally see their recruitment numbers rise. On the other side, 32.6% reported initiating their volunteering opportunity themselves, meaning they contacted the organisation of their own initiative and surprisingly just 6.3% responded to some kind of advertisement.

In terms of why people volunteered; “to help others / community” came in as the top reason at 73%, although this was also the response that saw the largest variance between genders with only 69.4% of men and 77.2% of women responding in this way. The other answer that showed a difference based on gender was “felt obliged” with 11.4% of men feeling obliged compared with only 7.2% of women.

While these formal volunteering stats have seen a significant decline in volunteer hours, the survey tells us that, in contrast, informal volunteering is on the increase. It is great to see informal volunteering data being captured for the first time in the 2019 General Social Survey and the results are enlightening. The ABS defines informal volunteering as the provision of unpaid work to support non household and non family members. This covers things like, giving emotional support, assisting with transportation and running errands, or domestic work, home maintenance and gardening. Just over half  (51.5%) of the Australian population aged 15 years and over contributed informal volunteering hours to the community in the 4 weeks prior to the survey totalling 136.2 million hours.

For the ABS summary report and detailed data go to: https://www.abs.gov.au/statistics/people/people-and-communities/general-social-survey-summary-results-australia/2019#voluntary-work-and-unpaid-work-support

Stay connected with news and updates! 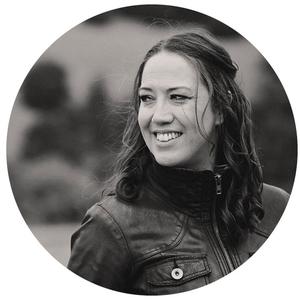 I have worked in community engagement and fundraising for almost 20 years, building big capacity and raising millions of dollars across the world.

The collective noun for a group of volunteers Oct 29, 2020
New data on Volunteering in Australia Oct 05, 2020
The many shades of giving and the Australian bushfires Jan 07, 2020
Close 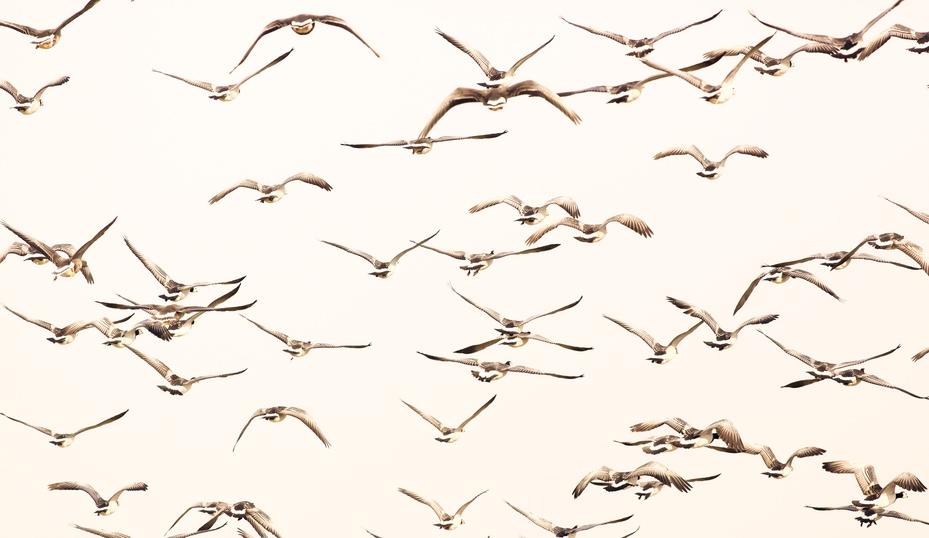 Freedom from overwhelm is just around the corner.
Sign up today for, hot off the press access, discounted launch rates and freebies.